Share a memory
Obituary & Services
Tribute Wall
Read more about the life story of Janet and share your memory.

She was born March 15, 1942, in Ilion, the daughter of the late John and Cora (LeFever) Bowen. Janet was a graduate of Ilion High School. After working at the former Hess Department Store in New Hartford, Janet continued her education and graduated from the USC (Utica School of Commerce) The Business College.

She was married to David A. Morgan who preceded her in death.

Janet was last employed at the USC Business College where she held the position of Administrative Secretary. Prior to that she was a manager for the former Hess Department Store at Sangertown Mall.

At one time Janet was a member of the Valley Chapter # 82 (Order of the Eastern Star), Ilion. Janet was a devoted mother and grandmother, who always put the needs and concerns of her loved ones first. She enjoyed visiting with her friends and especially stopping at her brother, John's place of business, Bowen's Powers Sports. Janet had a special place in her heart for her canine companions.

She was pre-deceased by an infant daughter, Cynthia Morgan, sister, Carolyn Craska, and her companion of many years, George (Bud) Morris.

In keeping with Janet's wishes funeral services and burial at Cedarville Cemetery will be private and held at the convenience of her family. Arrangements are under the caring guidance of the Vincent A. Enea Funeral Service, (next to NBT Bank), 527 E. Albany St., Herkimer, NY. 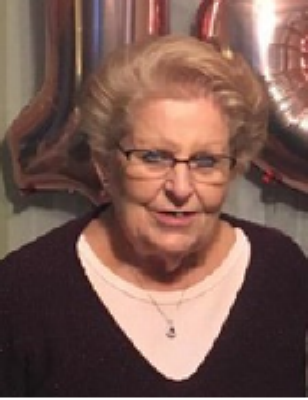