Share a memory
Obituary & Services
Tribute Wall
Read more about the life story of Charles and share your memory.

Mohawk – Charles R. (Chuck) Gay, 84, of the Town of German Flatts, Mohawk and a former Herkimer resident, passed away peacefully on Monday, January 9, 2023, at the home of his son, Steven, with his loving family by his side.

He was born on October 1, 1938, in Schenectady, NY the son of the late Charles D. and Mildred (Raynor) Gay. Chuck was a graduate of Knott Hill High School in Schenectady.

On August 11, 1962, Charles was united in marriage to the former Carolyn C. Arnow in Schenectady. The couple shared a blessed union of nearly 60 years until the passing of Carolyn on January 27, 2022.

For many years until his retirement, Chuck was a Soil Conservationist for the United States Department of Agriculture.

Chuck was a loving and caring father and grandfather. He always put the needs and concerns of his family first. In his leisure, Chuck enjoyed stamp collecting, coin collecting, and updating Find a Grave. Chuck also enjoyed participating in the United States Census.

He also leaves behind his faithful companions Willie, Jake and Snickers.

He was predeceased by his sisters, Marie Avery and his twin, Carol Wells.

The family would like to specially thank his daughter in law, Lynnetta Gay and the Hospice staff that showed great compassion and care during his last days.

The family will be receiving relatives and friends on Saturday, January 14, 2023, from 2 – 4 pm at the Vincent A. Enea Funeral Service, (next to Hannaford Markets), 527 E. Albany St., Herkimer, NY 315-866-1500. A prayer service will follow at the chapel of the funeral home at 4:00 pm. In lieu of flowers, please make all memorial contributions to Hospice and Palliative Care, 4277 Middle Settlement Road, New Hartford, NY 13413. Envelopes will be available at the funeral home. 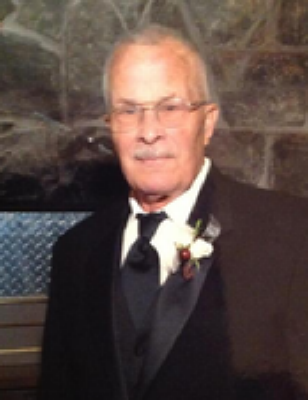